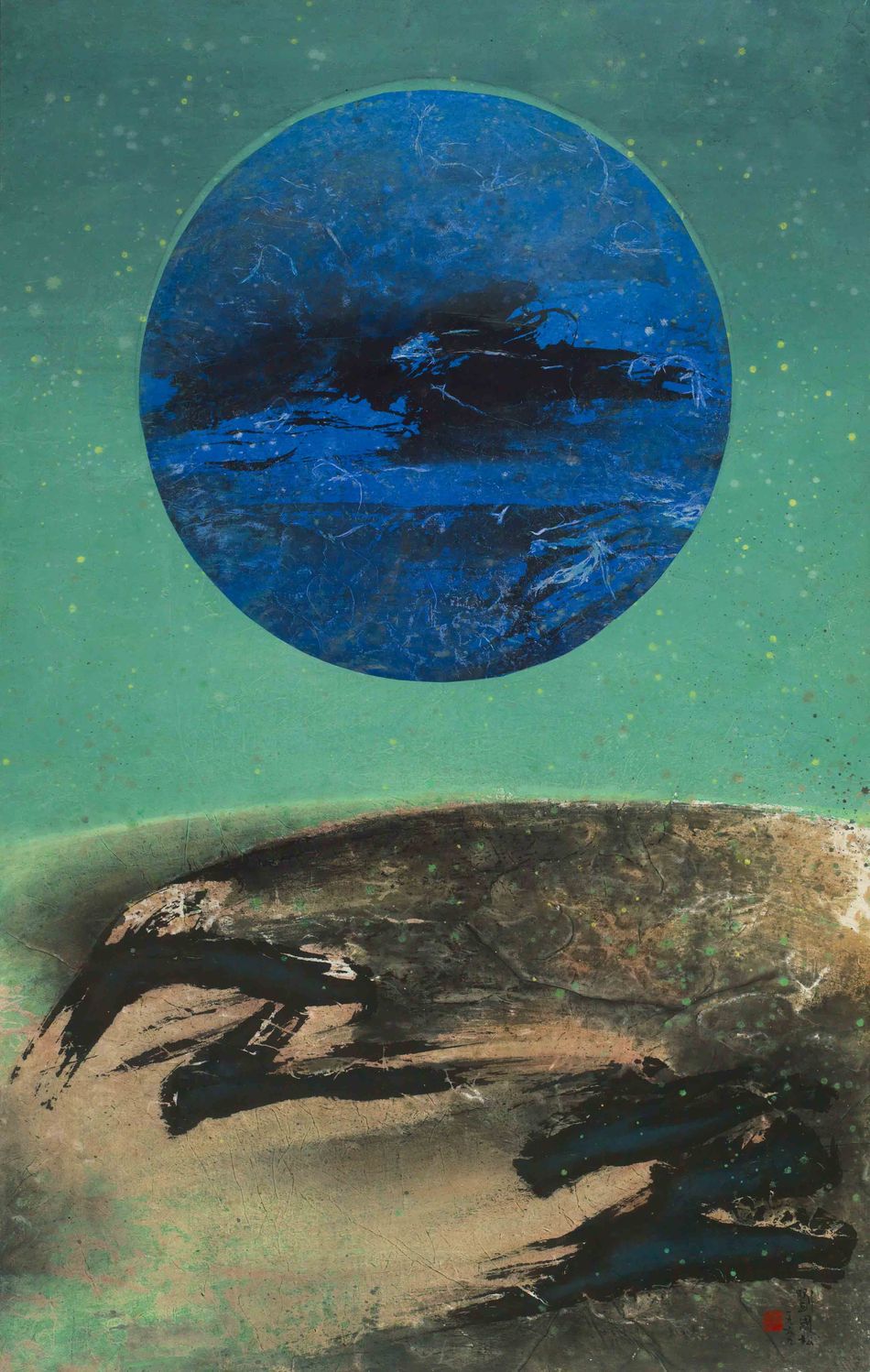 Which is Earth No. 9

Signed lower right Liu Kuo-sung and dated 1969 in Chinese With one seal of the artist
Signed on the reverse Liu Kuo-sung titlted Which is Earth No. 9 ,122 x 77.5 cm and dated 1969
This lot is to be sold with a certificate of authencity issued by Modern Art Gallery

This piece, titled “Which is Earth No. 9”, was completed in 1971. As can be seen, the multi-circle arc structure is employed as part of the two-stage composition. The upper portion is a collage of tangible geometric color shapes. Red and blue circles of different sizes can be seen on the green background, creating a vivid image of contrasts with a hint of contemporary style. On the other hand, the lower portion of the arc is highlighted by the abiding atmosphere brought forth by the Chinese brush, allowing the lyrical landscape of the wild grass foliage to stand out from the yellow background at the bottom. The white texture reminiscent of the surface of mountains and rivers is created by the paper pulling technique. Viewing this piece of art, viewers gain the privilege of stepping into the boundless mind of the painter, becoming liberated from the material world to feel the power of the heavens and the infinite vastness of the universe. Although he borrows new techniques from Western art, Liu Kuo-sung’s paintings are still fundamentally based on a traditional Chinese spirit. His depiction of the vigor and tension of nature utilizes an artistic vocabulary that transcends any notions of Chinese or Western, while conveying ancient Chinese artists’ perceptions of the sun, moon, mountains and rivers.